Photovoltaics is a technology that converts solar power from the sun into direct current electricity. A photovoltaic system uses solar panels made up of a number of solar cells to harness the sun’s energy. This is considered an incredibly sustainable method of energy supply which draws from the planet’s most plentiful resource, the sun.  This type of solar technology works through the use of photons from sun light to convert radiative energy into valuable electricity. 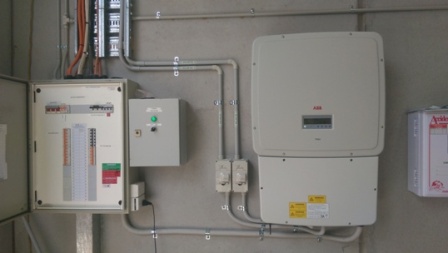 Solar modules (or panels) are made up of photovoltaic cells which convert solar power from the sun into electric potential, producing an electric current in the process. This travels through cabling from the modules to the solar inverter. The majority of modules use wafer based crystalline silicon cells or thin film cells made from cadmium telluride or silicon. The electrical connections are made in series to achieve a desired output voltage and/or in parallel to provide a desired current capability.

Several solar cells electrically connected in series and mounted in a frame make up the photovoltaic module. The majority of modules use wafer based crystalline silicon cells or thin film cells made from cadmium telluride or silicon. Electrical connections between modules are made in series to achieve a desired output voltage and/or in parallel to provide a desired current capability. Modules are designed to supply electricity at a certain voltage, such as the common 12 volt system. The current produced depends on how much light hits the module. Multiple modules wired together form an array. The larger the array, the more electricity produced. 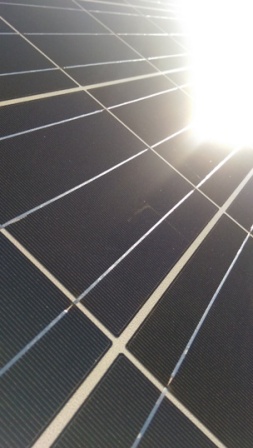 A solar inverter converts the variable direct current (DC) output of a PV solar panel into alternating current (AC). This can be fed into a commercial electrical grid or used by a local, off grid electrical network. The electricity generated by the solar panels comes in the form of DC but most home appliances and lights use AC. Thus the electricity must pass through an inverter which transforms the electricity from DC to AC.

An electric switchboard directs solar power from one or more sources of supply to several smaller regions of usage. Electricity travels from the inverter to your switchboard, where it is then distributed throughout your house to all your lights and appliances.

The switchboard  contains switches that allow electricity to be redirected either to or from the electricity network grid.  The role of the switchboard is to allow the division of the current supplied into smaller currents for further distribution. It also provides switching, current protection and metering for those various currents.

Electricity meters measures the amount of electric energy that is used by residences or businesses. They are generally installed by electric utilities to measure electric energy delivered to their customers for billing purposes. Meters are also used in solar power generation for the same purpose. However, when your solar system generates more than what you use, the excess electricity is fed into your network grid.

You then start receiving a feed in tariff from your electricity retailer for this solar power. In circumstances where energy savings during certain periods are desired, meters can also be used to measure demand. Metering can be adjusted to record usage during peak (high tariff) periods and off peak (low tariff) periods.

If you would like to learn more about how these components fit into the system design of the solar system, you can have a look at our technical reference page here.

The basic operation of Concentrating Solar Power (CSP) solar technology comprises the use of reflective surfaces. These concentrate solar irradiation (sun light) onto the surface of a receiver in order to heat a Heat Transfer Fluid (HTF). The heat absorbed can be used in a thermodynamic power cycle to produce electrical energy. CSP technologies use Direct Normal Irradiation (DNI). This is the part of the Global Horizontal Irradiation (GHI) which can be redirected and thus may be concentrated. Currently there are various approaches for concentrating and collecting solar energy. Some of these can achieve concentration ratios of up to 4,000 suns (4,000 times the concentration of normal sunlight on a surface area).

The CSP technologies currently available differ depending on whether they are line or point-focusing. Additionally, there is a distinction between the Fresnel concentrator (the distribution of an optical concentrator in the form of small planar fragments) and continuous curved concentrators. The four CSP technologies are namely (by degree of commercialization): 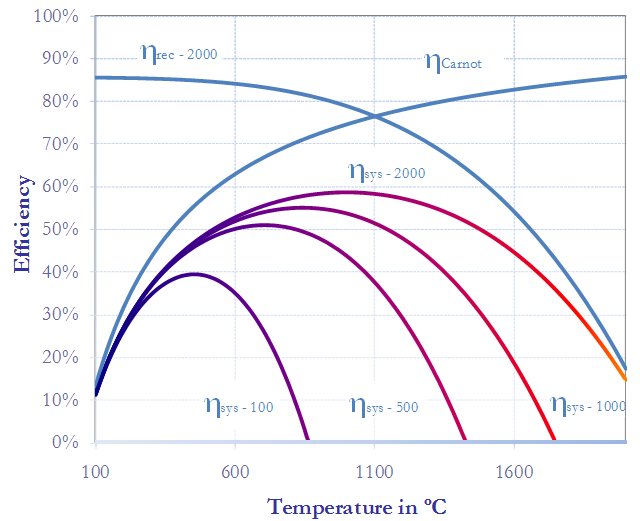 SSS has extensive expertise in the solar sector and can therefore offer relevant services for all technologies.

Please contact us to discuss our approach and find out what we can do for you as an individual or organisation.